Reviews of The Sphinxing Rabbit: Book of Hours

This week’s top book pick is… 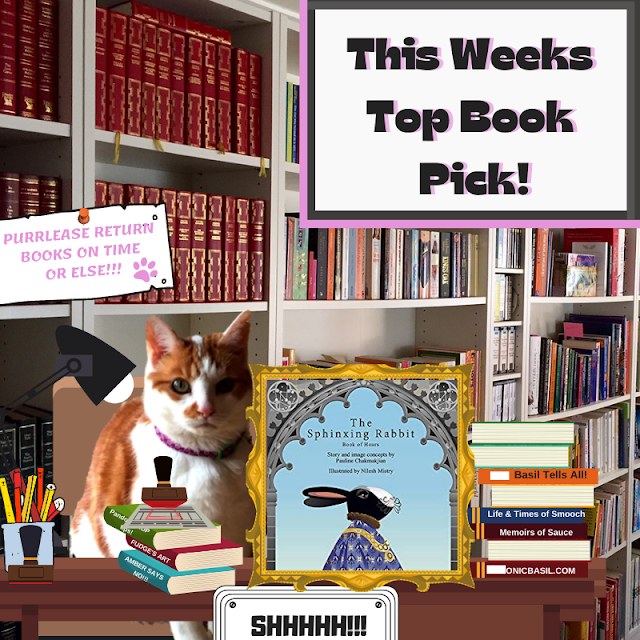 The Sphinxing Rabbit: Book of Hours

by
Pauline Chakmakjian and Nilesh Mistry
Here’s a little snippet of the book blurb:
If you could do anything, who would you be? The Sphinxing Rabbit series of books continues with Book of Hours, a delightful and amusing solution to a concern Tocqueville had for American equality – that the absence of an aristocratic class led to a lack of progress in the arts and theoretical sciences resulting in no true intellectual class.

Mew may remember that earlier in the year I reviewed The Sphinxing Rabbit, and I was delighted when the author contacted me about the second book in the series. So off I toddled to the library PC and bought myself a Kindle copy.
As with the first book in the series this one is also filled to the brim with the most beautiful illustrations, and I mean absolutely gorgeous. If mew have the original paperwhite kindle or previous black and white versions mew’ll miss out on the richness and depth of the artists work. I would advise reading on your tablet or getting the hardback version to truly appreciate the artwork.
From my viewpoint, the story once again is very interesting and teaches about the subtleties of how those in the position of power operate to keep the masses ignorant, obedient and controllable. Wow, it sounds like one of the oodles of conspiracy theories I keep reading about happening in our world right now!
Pauline captures a broader perspective and packages it up in a great little book, which clearly spells out the message to her readers, and it is interesting to note that with the right guidance as demonstrated in the book how simple it is to make a positive change to benefit all.
A  thought-provoking and well-crafted read, and I would recommend it most heartily, even if the story isn’t your thing, the illustrations alone are amazing.
Hardback: 68 pages
Publisher: Panoma Press

Ratings of:
The Sphinxing Rabbit: Book of Hours
Story 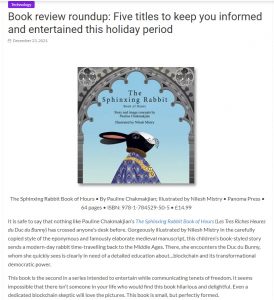 Reviews of The Sphinxing Rabbit: Her Sovereign Majesty

This week’s top book pick is… 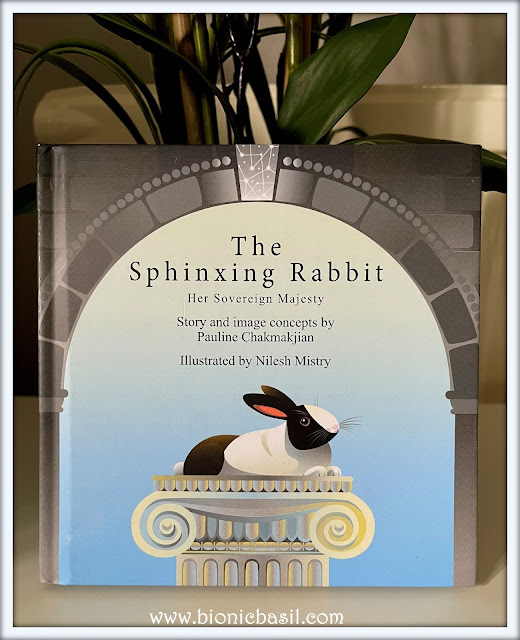 by
Pauline Chakmakjian and Nilesh Mistry
Here’s the book blurb:
Deceptively simple in appearance yet heavy in content, the Sphinxing Rabbit series of books starting with Her Sovereign Majesty aims to communicate tenets of freedom in an entertaining manner as opposed to complex, intellectual discourse, which has already been attempted many times in history, but to little avail. Moreover, each book alludes to a few famous works of art.

I bought this book a couple of months ago from Amazon, and it’s been sitting on the to review heap on my desk in the library ever since and the other day, when I was thinking of something to share for Easter, I saw the bunny on the front cover and thought, hey this could wurk!
So what did I think about the Sphinxing Rabbit; the illustrations are totally gorgeous and very nicely done. The story premise is very interesting too. If you’re looking to share or teach a message of freedom, this could be a good starting point.
And by the looks of things, without giving any spoilers away; my understanding of the underlying message written between the lines is, not everything is as it seems on the surface or outwardly, or what looks benign might not be, if mew get my epically cryptic drift!
Guys, this is one of those little books that mew’re going to have read and make your own mind up about. It’s not an easy one to explain, though if mew do decide to give it a whirl, then mew’ll know exactly what I’m talking about.
If I were to sum up in four wurds, they would be; a cleverly delivered concept.
Hardback: 68 pages
Publisher: Panoma Press

Ratings of:
The Sphinxing Rabbit
Story 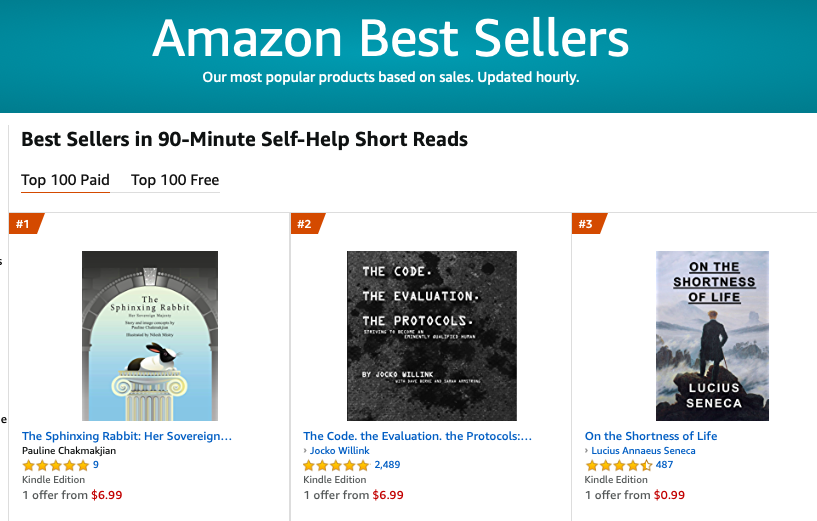